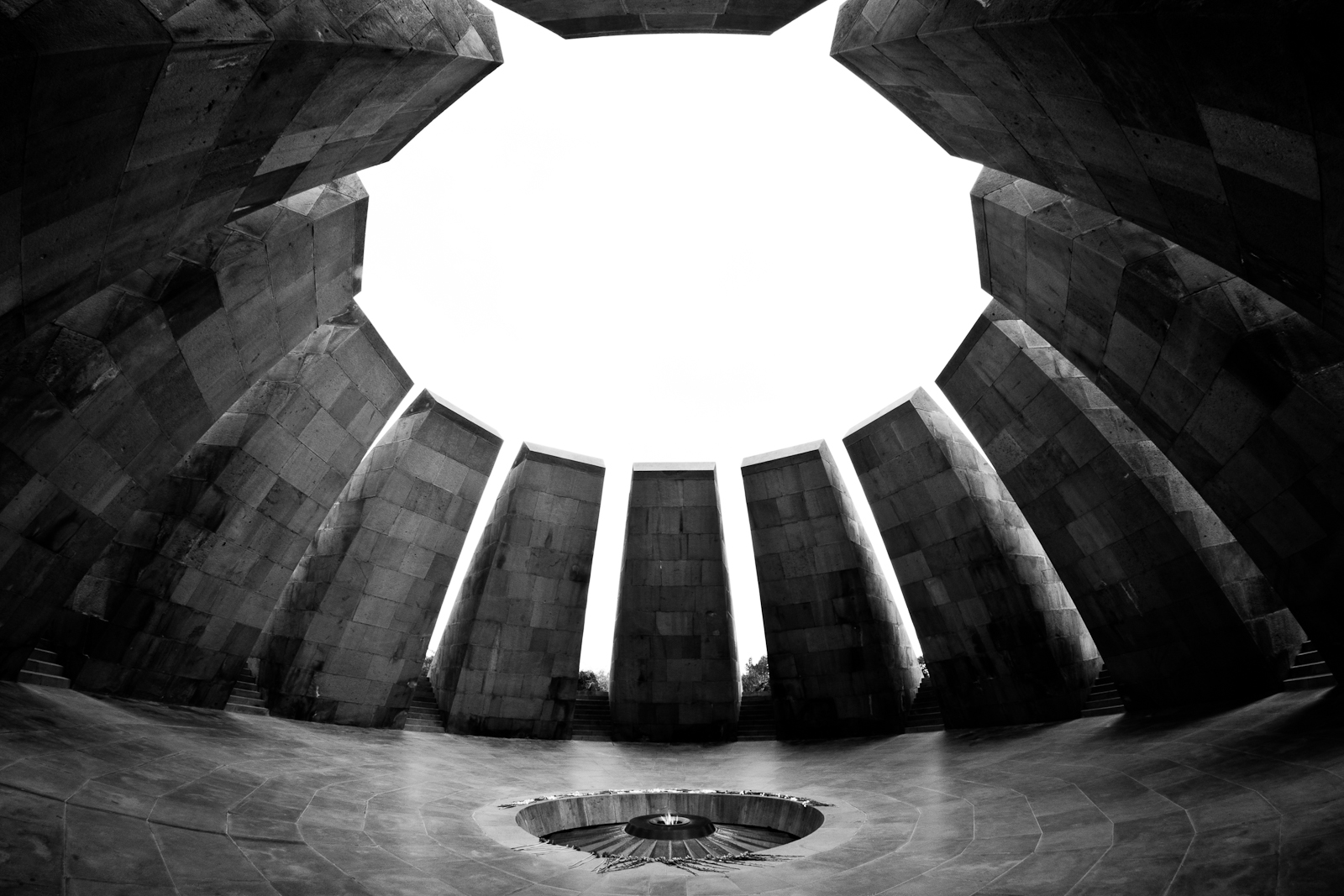 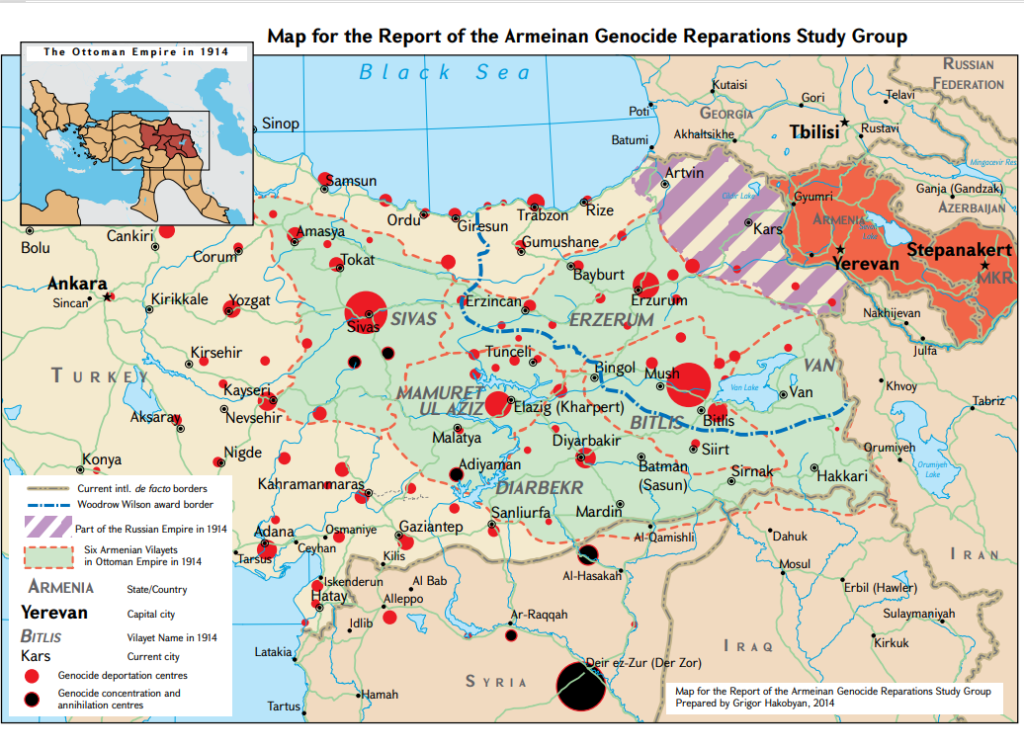 The Armenian genocide is a series of massacres during the period of 1894-1920 when over 1.5 million Armenians were brutally massacred. The Ottoman Empire was a multinational state of which Abdul Hamid II was the ruler from 1876-1908. From the years of 1894-1896 under the command of Sultan Abdul Hamid II the Ottoman Empire carried out a series of massacres against Armenians.

The most deaths were registered in 1895 with an estimate of 300,000. In 1908 Abdul Hamid II’s government was overthrown by a group of reformists called the Young Turks and formally were known as the Committee of Union and Progress (CUP). However, the massacres were continued by the Young Turks who planned to “Turkify” the Ottoman Empire. During the period of 1915-1918 a policy was carried to eliminate the Christian Armenians.

In 1914, the start of World War I was the perfect opportunity for the Young Turks to eradicate the Armenian population for good. April 24, 1915 is globally known as the commemoration date of the Armenian Genocide due to the fact that several hundred (approximately 235-270) Armenian intellectuals, political figures, community and religious leaders were arrested then assassinated on that specific night. The order to do so was given by the Minister of Interior Affairs Talaat Pasha. As soon as the elite of the community was executed, ordinary Armenians were forcibly taken out of their homes and sent on brutal death marches toward the Syrian Desert.

During the “Turkification” process, Armenian women and children were raped, kidnapped and converted into Islam, they were also given to Turkish families and forced to slavery. Armenian religious, cultural and educational institutions and properties were appropriated and vandalized by the Turkish state. Muslim population was settled in the regions previously inhabited by Armenians.

The last series of massacres took place during the collapse of the Ottoman Empire in the beginning of 1920. By 1922 Armenians were wiped out from their historic homeland.

THE REPORT OF THE ARMENIAN GENOCIDE REPARATIONS STUDY GROUP

This independent study was initially made possible by a grant from the Armenian Revolutionary Federation-Dashnaktsutyun. The Armenian Genocide Reparations Study Group (AGRSG) wishes to express its deep appreciation to George Aghjayan for serving as a consultant regarding the analysis of financial reparations in Part 8 of this report.

The AGRSG is indebted to Nayiri Arzoumanian for her invaluable copy editing. The AGRSG gives special thanks to Ambassador John Evans and Drs. Levon Chorbajian, Susan Karamanian, Antranig Kasbarian, Asbed Kotchikian, Roger Smith, Ernesto Verdeja, and Margaret Urban Walker, each of whom provided invaluable comments on the draft of the report. Of course, though the AGRSG has tried to incorporate the many excellent suggestions from these commentators and tried to improve the report to address their insightful criticisms, all shortcomings of the report are the responsibility of the AGRSG.

The positions taken and perspectives expressed are those of the AGRSG members alone, and do not necessarily represent the views of the Armenian Revolutionary Federation-Dashnaktsutyun or any of the draft commentators.

You can view and/or download the Study Group Report here 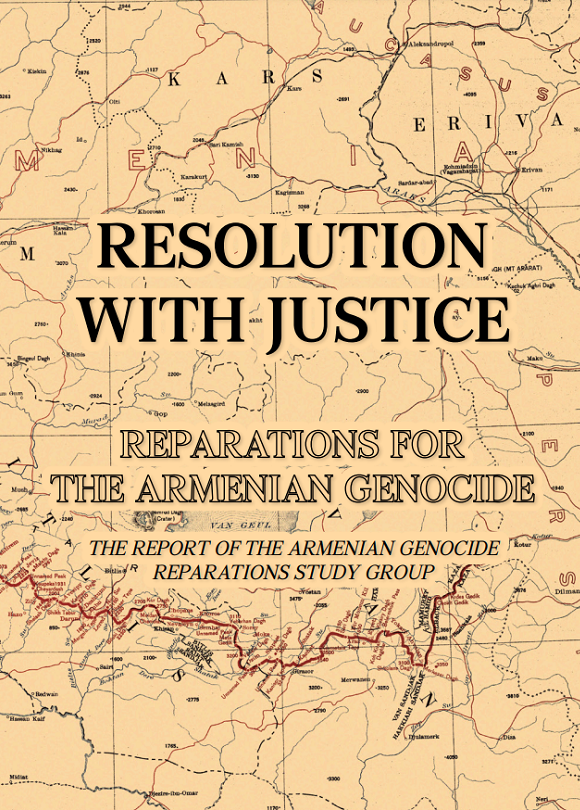