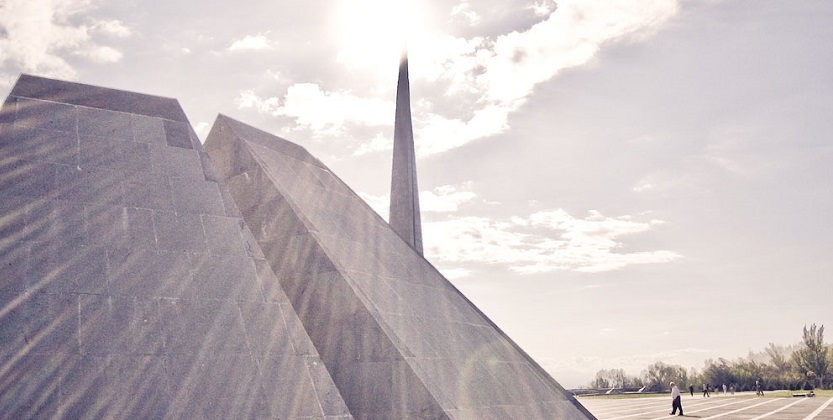 The Armenian Genocide was the systematic extermination of the Armenians of the Ottoman Empire during 1915-1923 in their historic homeland within the territory constituting the present-day Republic of Turkey. The Genocide was masterminded and perpetrated by the government of Young Turks and was later finalized by the Kemalist government.

Through the coordinated efforts of its chapters and supporters across Europe, many of whom are successors of the survivors of the Genocide, the EAFJD has played an instrumental role in the process of the recognition of the Armenian Genocide by the individual member states of the European Union. Most of the EU member states have condemned and recognized the Armenian Genocide. The Federation and its chapters continue their work towards the official recognition of the first genocide of the 20th century by all countries in Europe.

One of the focal aspects of the EAFJD’s work is sensitizing about and countering Ankara’s policy of the denial of the Armenian Genocide. Unfortunately, the Turkish authorities continue their relentless policy of denial despite international calls for accountability. Yet, denialism is the last stage of a genocide. Moreover, crimes that are not condemned are doomed to repeat. It is a known fact that the impunity of the Ottoman Government encouraged the Nazi regime to carry out the Holocaust. The European Armenian Federation works towards introducing the criminalization of the denial of the Armenian Genocide. Several EU member states, such as Greece, Slovakia and Cyprus have already introduced a similar law; an active campaign and political process is underway in other European countries.

The EAFJD attaches great importance to the issue of the reparations from Turkey, as the legal successor of the Ottoman Empire. The general principle of law indicates that a crime must be repaired, whether it is a crime under common law, a war crime, or a crime against humanity. The Genocide devastated every aspect of the existence of the Armenians in the Ottoman Empire, and to this day its consequences continue undermining the Armenian group existence. While it is practically impossible to rectify the permanent damage caused, such as destruction of families, communities, physical and deep psychological trauma, steps should be taken to somewhat repair the material damage caused, such as massive expropriation of land, movable and immovable property.

The EAFJD is convinced that recognition, condemnation, apology and reparations are necessary to address the full extent of the continuing impact of the Genocide, especially its material elements. Furthermore, the reparations should focus on the repair of the victim group rather than on individuals and support reconstitutions and the future viability of Armenians as a group. Reparations for the Armenian Genocide are thus essential for global justice and can function as a deep transformative process. Together with the recognition they can send a powerful signal and play an important role in the prevention of crimes against humanity. An honest and open process of dealing with its past is crucial for any democratic, healthy, and forward-looking society. Therefore, the Turkish society needs this process at least as much as the Armenian society needs it.

The European Armenian Federation also raises awareness about the continuing destruction of the Armenian cultural and religious monuments in Turkey and therefore erasing the traces of the native Armenian population and the Armenian identity from the territory of Eastern Anatolia. Medieval Armenian heritage – churches, monasteries, fortresses and other cultural monuments are regularly demolished, left at the mercy of time and weather or used for other purposes, including serving as mosques or sometimes as stables. The issue of the Armenian heritage in current Turkey is repeatedly raised by the European Parliament’s Annual report on Turkey, which regularly calls on the Turkish authorities to respect and fully implement the legal obligations concerning the protection of the cultural heritage of country’s minorities, including the Armenian monuments.

Besides actively working on legislative initiatives concerning the Armenian Genocide with the Members of the European Parliament across different political groups, the EAFJD raises awareness on the issue through informative campaigns, conferences, exhibitions, film-screenings, debates and other public events in Brussels and other European cities. The European Armenian Federation for Justice and Democracy and its member-organizations are also committed to introducing the Armenian Genocide Remembrance Day to the calendar of the European counties as well as to establishing international commemoration of the Genocide on the highest level.