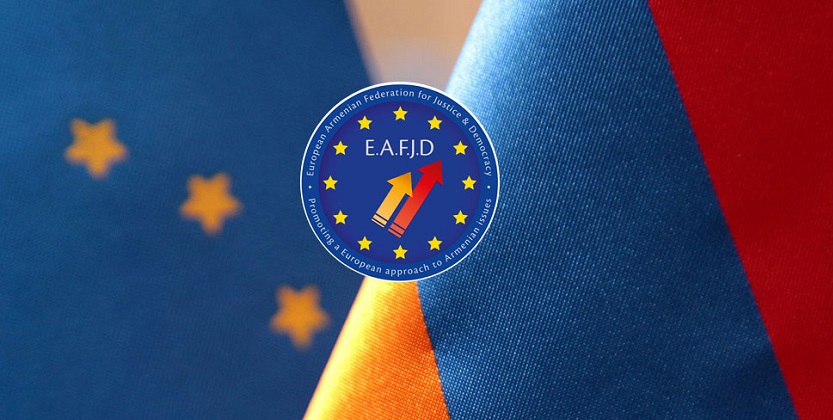 The European Armenian Federation for Justice and Democracy, EAFJD (ՀՅԴ Եւրոպայի Հայ Դատի Յանձնախումբ), is a grassroots organization, representing the European citizens of Armenian origin. It is the main interlocutor promoting the Armenian issues in the European Union and international organizations, such as the Council of Europe and the OSCE.

EAFJD advocates for the recognition of the Armenian Genocide and its condemnation by Turkey and European Parliaments as well as for the safety and the fundamental right of the people of Republic of Artsakh (Nagorno-Karabakh Republic) to determine their own present and future.

EAFJD is the European affiliate of the Armenian Cause Central Council, located in Yerevan, Armenia.