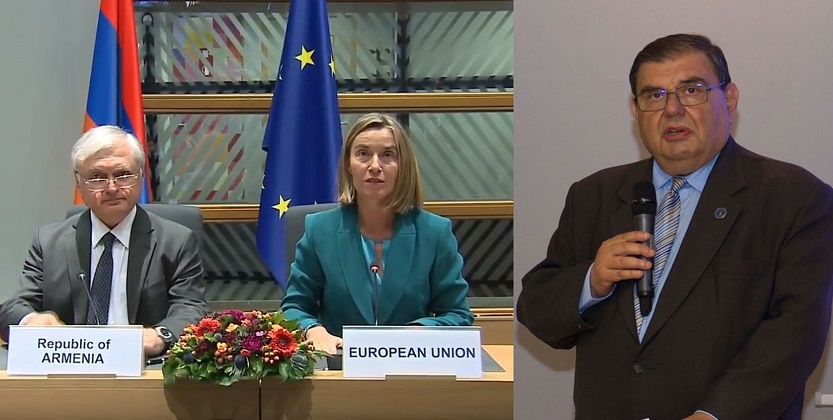 “We are very content that CEPA was signed today, thus giving a fresh impetus and solid basis for deepening the relations between the EU and Armenia. CEPA is a result of political wisdom and will to build a strong and enhanced partnership, taking into account the political realities. Our heartfelt congratulations go also to the chief negotiators of both Armenia and the EU as well as their teams, for their determination and hard work,” stated EAFJD President Kaspar Karampetian.

“CEPA offers new perspectives and possibilities to enhance Armenia’s strong cultural, historic, political ties with Europe and contribute to the economic development of the country. Now it is also up to the Armenian authorities to make best use of these opportunities, combating challenges, including rule of law and social justice. We, as the European Armenian Federation will be closely following the implementation and will bring our full support to its success,” said Karampetian.

“CEPA emphasizes that Nagorno Karabakh conflict should be settled in the framework of the negotiations led by the OSCE Minsk Group co-chairs, following the three principles, including the equal rights and self-determination of peoples. We are convinced that Nagorno Karabakh/Artsakh cannot continue staying the only part in its neighbourhood where the EU does not implement any projects, thus indirectly endorsing the total isolation of Artsakh, imposed by Azerbaijan, violating all basic human rights of the people of Artsakh enshrined inter alia in the Universal Declaration of Human Rights,” concluded the EAFJD President.