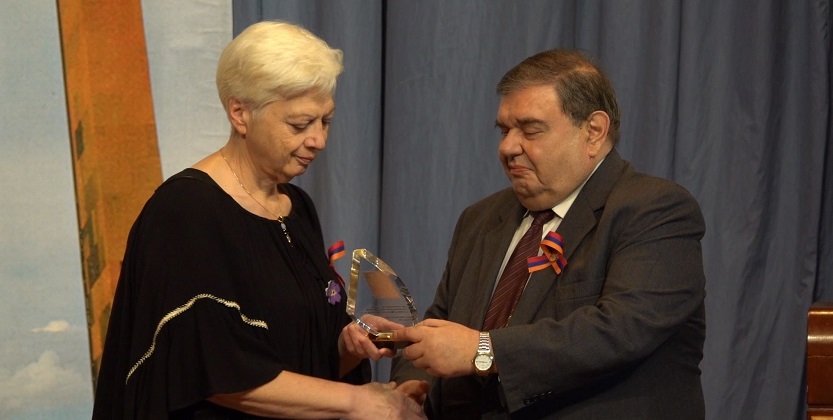 On 26 October 2018, EAFJD President Kaspar Karampetian participated in a ceremony honouring Member of the European Parliament (MEP) Eleni Theocharous, for her lifelong dedication to and work for the Armenian people. The ceremony was organized in Nicosia by the three Armenian political parties of Cyprus.

“It was a great pleasure for me to honour Eleni Theocharous on behalf of the European Armenian Federation for Justice and Democracy. MEP Theocharous is much more than a European political leader who has shown interest in Armenia and Artsakh. She has dedicated her entire life to fight for the liberation of the Armenians in Artsakh and the international recognition of the Republic of Artsakh. In fact, when it comes to defending the fundamental rights of the people of Nagorno Karabakh she is a tireless activist. Eleni Theocharous is an outstanding lifelong defender of the Artsakh people and a true friend for all Armenians”, stated EAFJD President Kaspar Karampetian.

Eleni Theocharous’ activism for the struggles of the Armenian people goes back to the Karabakh liberation war, where she, as a surgeon, provided much needed medical aid at the line of contact. Today, as an MEP she continues raising the issue of the geopolitical and social isolation imposed on the Republic of Artsakh by Azerbaijan and fights for right to self-determination of the people of Artsakh. Since 2013, Eleni Theocharous is also the President of the EU- Armenia friendship group in the European Parliament.

On 27 September 2018, MEP Theocharous led a delegation to Artsakh, with the participation of Cypriot parliamentarians George Perdikis and Michalis Giorgollas, the representative ANC Cyprus – Nayiri Mouradian and the EAFJD president Kaspar Karampetian. On this occasion, she was granted with the certificate of the “Honorable Citizen of Stepanakert” – the capital of Artsakh Republic. The certificate was handed over by the mayor of the city Souren Grigoryan, for Theocharous’ charitable and brave missions carried out in Nagorno Karabakh during the years of the Artsakh Liberation War, as well as for defending the rights and legitimate interests of the Artsakh people in Europe.

During the same visit, MEP Theocharous was also received by the president of Artsakh Republic Bako Sahakyan who acknowledged the committed and selfless work carried out by the MEP for establishing and deepening relations with Europe, breaking the isolation and blockade imposed on the people of Artsakh, and building bridges between the population of Artsakh and the European citizens.

The EAFJD congratulates MEP Eleni Theocharous for the two distinctions and is grateful for her invaluable commitment. 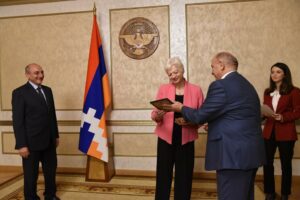 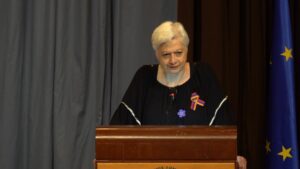 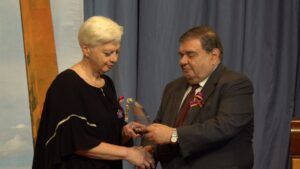