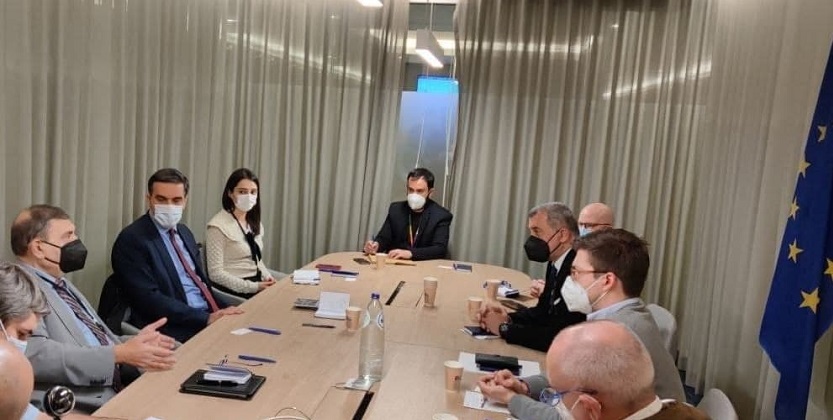 Brussels, January 28 – ‘‘The visit of Armenia’s Ombudsman Mr. Tatoyan to the capital of the EU is of high importance for us” – President of EAFJD Kaspar Karampetian.

The three-day working visit of the Human Rights Defender of the Republic of Armenia Arman Tatoyan to Brussels was organized with the joint efforts of the European Armenian Federation of Justice and Democracy and the Embassy of Armenia to Belgium.

During his visit, Armenia’s Ombudsman had a number of meetings with high-ranking officials of the European Union to inform about the war crimes committed by Azerbaijan and the difficult humanitarian situation in Artsakh due to the 2020 Artsakh war, unleashed by Azerbaijan against Artsakh. During the meetings, among other important issues, detailed facts were presented about Azerbaijan’s hatred policy, which has been actively encouraged for decades at the highest state level and has been rooted in cultural and educational spheres of Azerbaijan. The war crimes committed by the Azerbaijani armed forces during the war, as well as the torture of Armenian captives are a result of the Azerbaijani systematic xenophobic state policy.

Mr. Tatoyan discussed the ongoing human rights violations by Azerbaijani armed forces against the Armenian population in Syunik, Gegharkunik and Yeraskh that are causing serious everyday problems, and are creating an atmosphere of widespread fear, with the ultimate goal of expelling Armenians from their settlements. The Ombudsman proposed two main solutions to eliminate violations at the border: the immediate removal of the Azerbaijani armed forces from the roads and inhabited areas by the native Armenian people and the creation of a Security Zone around them. The issue regarding the torturing of the Armenian captives were also discussed during those meetings.

The visit of Armenia’s Ombudsman Mr. Tatoyan to the capital of the EU is of high importance for us. Mr. Tatoyan and his team have done a tremendous documenting work and it was essential for us that the political circles of the European Union could receive first-hand information presented with data and facts. We will consistently continue our work in the European Union, raising awareness about the current situation and standing up for the rights of the Armenian people. 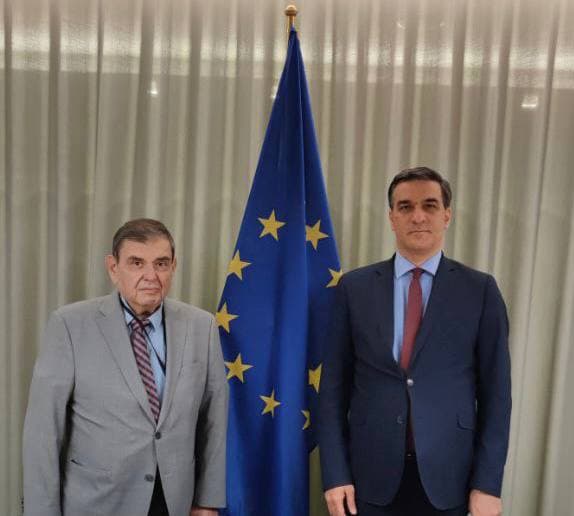