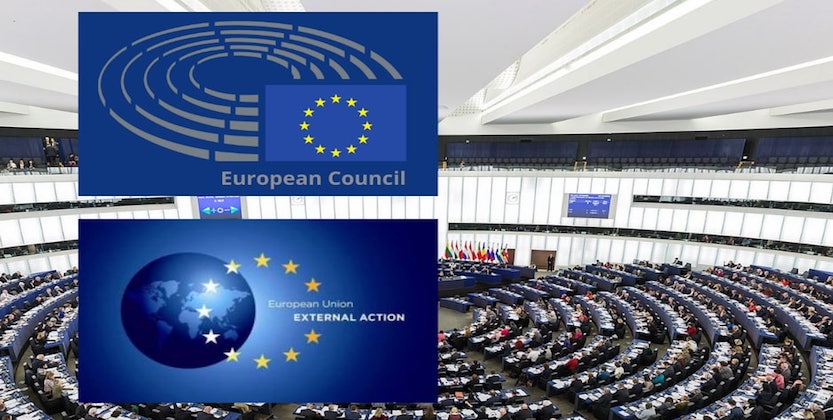 On the initiative of the Members of the European Parliament (MEP) François-Xavier Bellamy and Loucas Fourlas, 43 MEPs from all the major political groups addressed a letter to President of the European Council Charles Michel and the High Representative of the European Union for Foreign Affairs and Security Policy Joseph Borrell, ahead of the Pashinyan-Aliyev meeting in Brussels.

MEPs express their concerns about Azerbaijan’s policy of ethnic cleansing against the native Armenian population of Nagorno Karabakh/ Artsakh. They urge the EU leadership to use all available leverage to pressure Azerbaijan to stop its aggressive policy in Artsakh, immediately withdraw its military forces back to their initial positions and stop any action that could endanger the indigenous Armenian population of Nagorno-Karabakh.

The letter refers in particular to the provocations unleashed by Azerbaijan in Artsakh in the recent weeks, such as the incursion of the Azerbaijani armed forces into the Armenian village of Parukh, to difficult situation caused in the village of Khramort, as well as to the humanitarian crisis in Artsakh following the cut of gas supplies by Azerbaijan. The MEPs conclude their letter by stating that the EU cannot allow ethnic cleansing in its neighborhood.

Commenting on the letter, the President of the EAFJD Kaspar Karampetian emphasized:

“This initiative of the Members of the European Parliament is a strong signal to EU executive leaders, as it provides a clear assessment of the policy pursued by Azerbaijan, qualifying it as a policy of ethnic cleansing. We must continue to be consistent for the EU to put pressure on Azerbaijan to end its anti-Armenian policy of forcing the native Armenian population out of Nagorno Karabakh/Artsakh.” 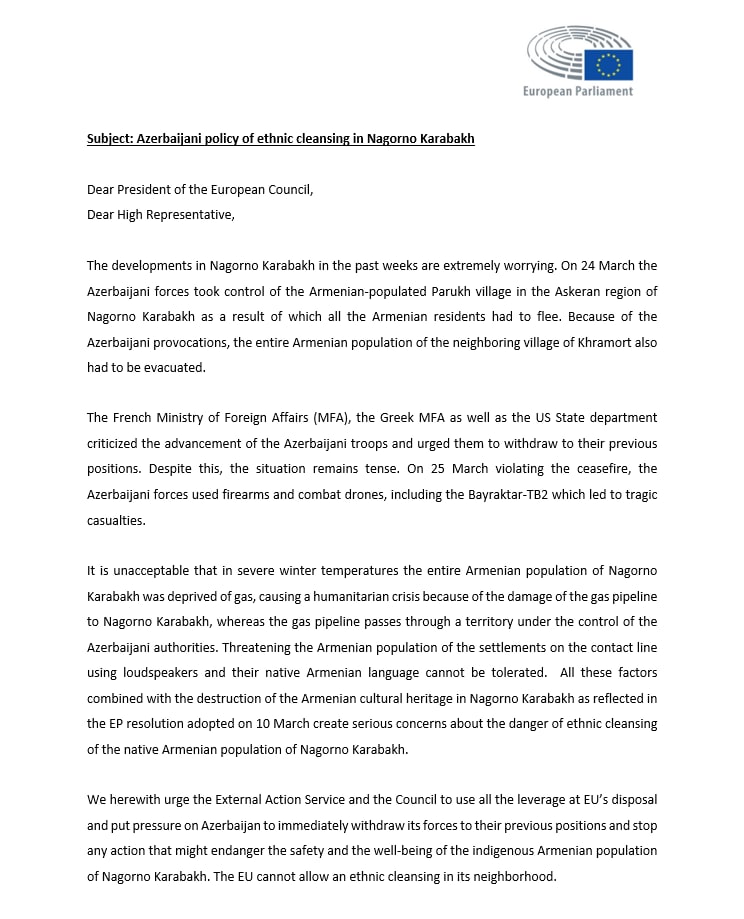 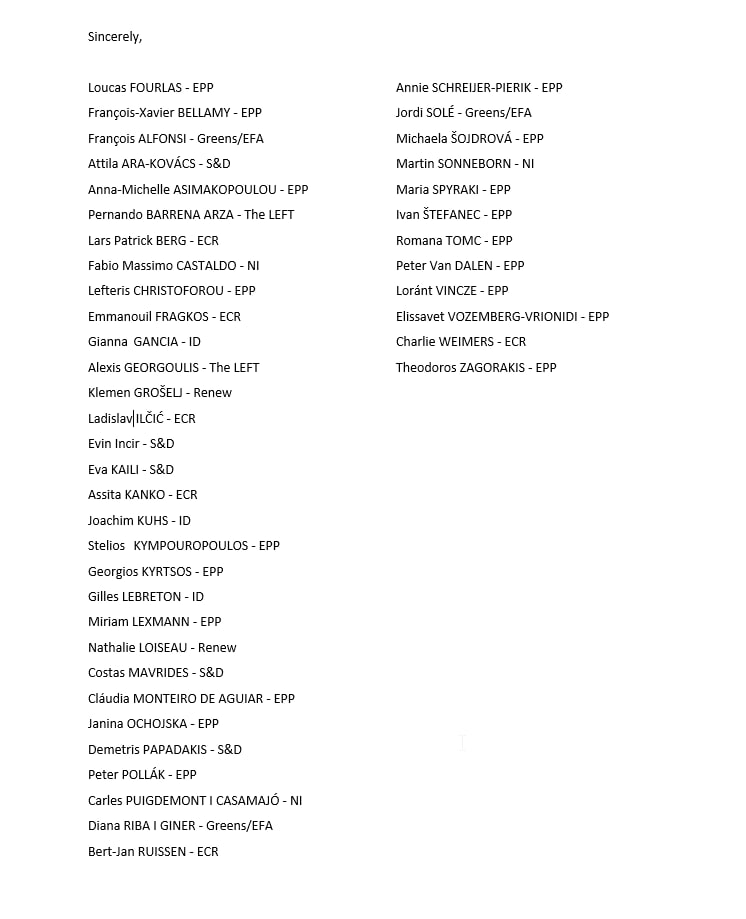