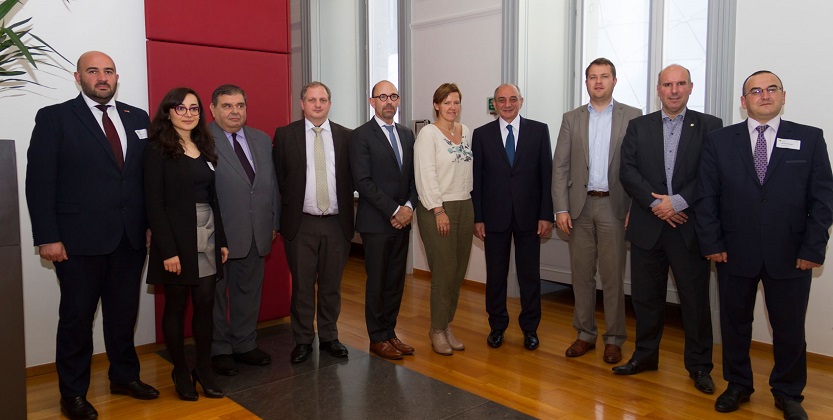 18 October, 2017, Brussels:  On the Initiative of the European Armenian Federation for Justice and Democracy (EAFJD), several Members of various Belgian Parliaments, including the Federal Parliament and Artsakh Authorities, a cross-party Friendship Group between Dutch-speaking Members of Belgian Parliaments and Artsakh Republic (Nagorno-Karabakh) was launched today in the Flemish Parliament. The EAFJD was represented by president Kaspar Karampetian and EU affairs officer Heghine Evinyan.
The Belgian Parliamentarians issued the following statement:

“Together with the head of the delegation from Artsakh/Nagorno Karabakh, President Sahakyan, we, Dutch-speaking Members of various Belgian Parliaments, are happy to announce the launching of the cross-party friendship group with Artsakh.
We hope that this friendship group will become a cornerstone of a lively and growing cooperation between Artsakh and Flanders”.

“I would like to thank the Dutch-speaking Parliamentarians on their initiative and congratulate the Republic of Artsakh and President Bako Sahakyan on the creation of this Friendship Group, which will help to break the isolation of the people of Artsakh/Nagorno Karabakh, imposed by the authorities of Azerbaijan. EAFJD will continue strengthening the ties between the Flemish and Artsakh people as well as Belgium and Artsakh in general.”