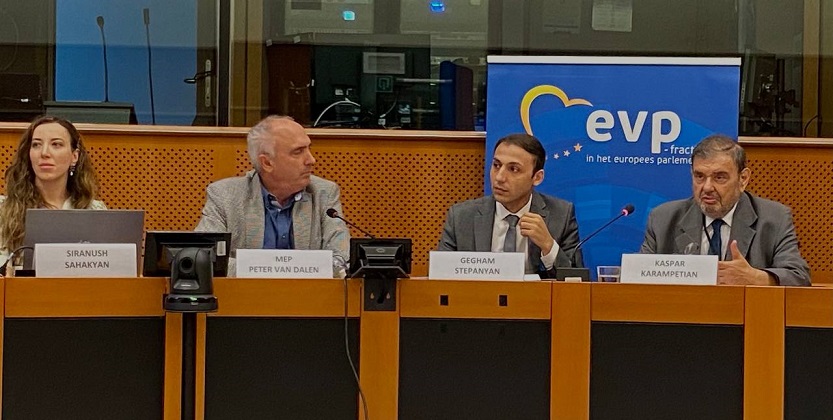 Brussels, 7 September – On Wednesday 7 September 2022, MEP Peter van Dalen (EPP Group, The Netherlands) hosted a conference with the title “Human Rights & the Nagorno-Karabakh/Artsakh War 2020” in the European Parliament (EP). The conference was co-organized by the European Armenian Federation for Justice and Democracy (EAFJD).

The keynote speakers were the Human rights defender of the Nagorno-Karabakh/Artsakh Republic – Gegham Stepanyan and the legal representative of the Armenian prisoners of war (POWs) before ECHR – Siranush Sahakyan.

The conference was widely attended by Members of the European Parliament (MEP) from different political groups, EP advisers, politicians, diplomats, and representatives of civil society.

MEP Peter van Dalen reiterated his commitment to the cause:

In his opening remarks, the EAFJD President Kaspar Karampetian welcomed the participants and thanked MEP van Dalen for hosting the conference:

“Azerbaijan’s policy of ethnic cleansing, threats, use of force, psychological attacks are aimed aimed at disrupting normal life and cause uncertainty about the future among the Armenian population of Nagorno-Karabakh/Artsakh. This uncertainty is aggravated especially due to the fact that the status of Nagorno-Karabakh is not clearly addressed in current negotiations, including through the mediation by the European Union.”

After giving an overview from the legal perspective, including the relevant judgements of international courts against Azerbaijan, Siranush Sahakyan, the legal representative of the Armenian POWs before ECHR elaborated:

“Anti-Armenian xenophobia has become a defining feature of Azerbaijan, which manifests itself in forms of hate speech, maltreatment of prisoners of Armenian descent, glorification of ethnic violence against Armenians, ethnic cleansing, denial of history.’’

The interventions were followed by a question-and-answer session with the participants of the event, including Azerbaijanis. 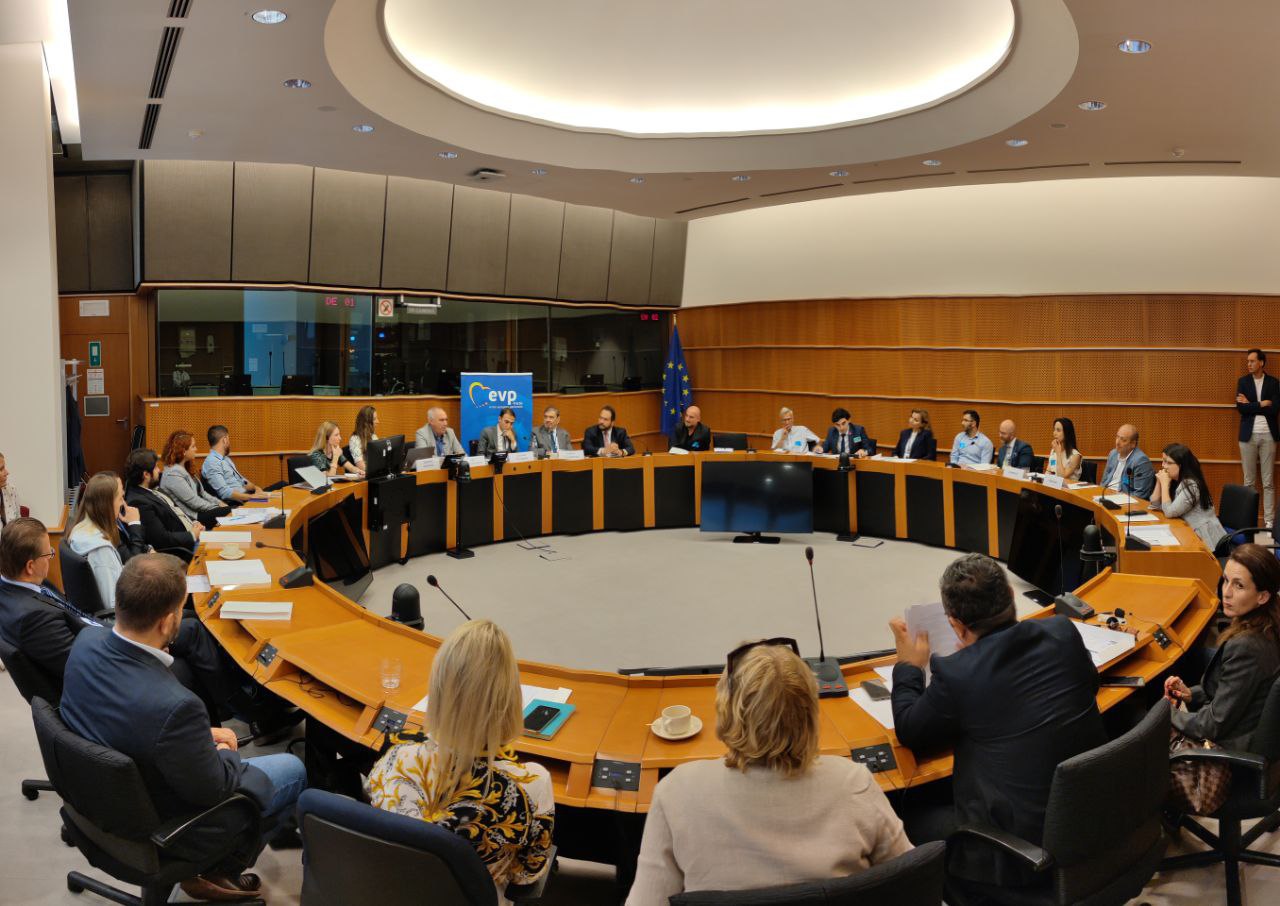