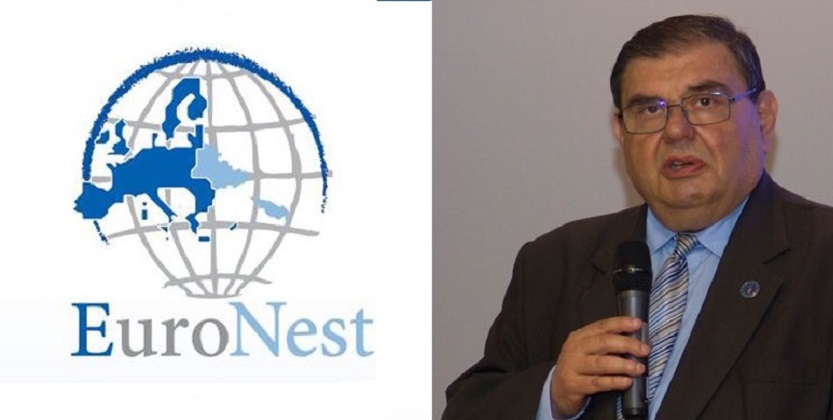 “Once again, during the Euronest and especially during the debates in the committee on political affairs, human rights and democracy the margin between the democratic pace of Armenia and the lack of it in Azerbaijan were pointed out by the participants. We welcome the fact that peaceful transition of power in Armenia was highly praised and is continuing to play a big role in the increase of the standing of Armenia. It was also very symbolic that the Assembly urged the National Parliaments of the EU Member States to ratify the Comprehensive and Enhanced Partnership Agreement between the EU and Armenia. On the contrary, harsh words were pronounced regarding the Human Rights situation in Azerbaijan, including the representative of the European Commission who raised the issue of the political prisoners and jailed journalists in Azerbaijan, as well as the representative of the OSCE who was very critical about the undemocratic character of the recent snap presidential elections”, said EAFJD President Kaspar Karamapetian.

“Regarding Artsakh/Nagorno Karabakh, it was very important that the Euronest Parliamentary Assembly continues to embrace the same position as the other European institutions, which is the peaceful settlement of the conflict based on international law and the Basic Principles of the OSCE Minsk Group Co-Chairs, meaning the peoples’ right for self-determination, territorial integrity and non-use of violence”, added Karampetian.

After the plenary session, a key debate on money laundering and corruption in the Eastern Partnership countries took place, where mainly the Azerbaijani Laundromat has been pointed out.

“As always, the EAFJD lended its support to the Armenian delegation within the different committees and during the plenary sessions of Euronest. We have been involved with this Assembly since its inception and the constituent meeting in May 2011,” concluded Karampetian.