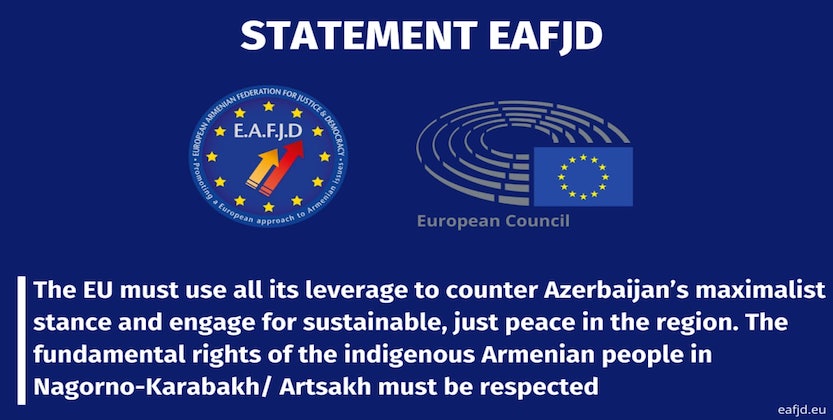 In March 2022 Azerbaijani forces took control of the Armenian-populated Parukh village in the Askeran region of Nagorno Karabakh as a result of which all the Armenian residents had to flee. Because of the Azerbaijani provocations, the entire Armenian population of the neighboring village of Khramort also had to be evacuated.

Azerbaijan is realizing an ethnic cleansing on the native Armenian population of Nagorno Karabakh/Artsakh and has been pursuing a policy of Armenophobia on state-level for decades. Azerbaijani Armed Forces have illegally invaded Armenian sovereign territory since May 2021 without carrying consequences for violating international law.

Taking the abovementioned into consideration Nagorno-Karabakh/Artsakh can never be a part of Azerbaijan.

The EU must use all its leverage to counter Azerbaijan’s maximalist stance and engage for sustainable, just peace in the region. The fundamental rights of the indigenous Armenian people in Nagorno-Karabakh/ Artsakh must be respected. Peace cannot be established by giving in to Azerbaijan’s ambitions of ethnic cleansing against Nagorno-Karabakh’s/ Artsakh’s native Armenian population.