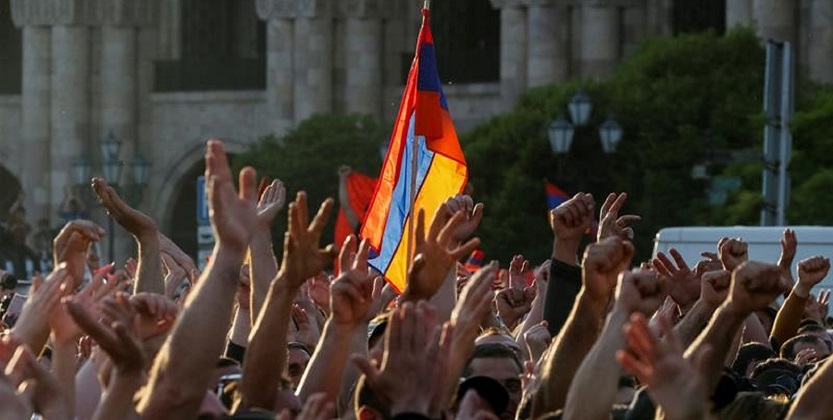 The European Armenian Federation for Justice and Democracy (EAFJD) congratulates Nikol Pachinyan on his election as Prime Minister of the Republic of Armenia and wishes him success. We also congratulate the Armenian people who have accomplished an exemplary and peaceful revolution without any incidents, in order to improve social justice and democracy.

We can acknowledge the determination, the courage and the maturity demonstrated by the Armenian people throughout the process, and their high level of understanding of the potential dangers that a country like Armenia may incur knowing the geopolitical and economic blockade imposed by Turkey and Azerbaijan. We also salute the Armenian army, which has stood firm during this period in its mission of securing the safety of the Armenian people from any external danger. Finally, we welcome the will of dialogue shown by all the political parties contributing to resolve the crisis within the scope of the Armenian Constitution.

As a grassroots organization representing a significant part of the Armenian diaspora in Europe, we expect that the victory of the Armenian people will lead the country into new improvements in every field, especially in strengthening democracy, human rights and the rule of law.

The EAFJD aims, as always, to work with all sides to promote a European approach to Armenian issues, to strengthen the relations between the European Union, its member states and Armenia and to defend the rights of the people of Artsakh.