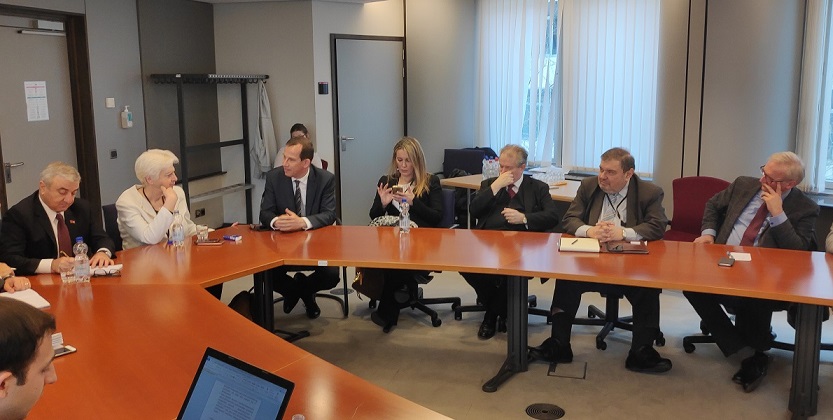 Ways of more active cooperation between members of the friendship group and Artsakh parliament were discussed during the meeting. Other subjects of discussion were the current situation on the Karabagh-Azerbaijan borders, the protection of the right for self-determination of the people of Artsakh and the absolute necessity to taking into account their voice of the in the negotiation process.

EAFJD president Kaspar Karampetian highlighted the importance of such meetings and said:

“This meeting comes as an additional contribution in the fight against the isolation of the people of Artsakh Republic imposed by the Azerbaijani regime. Today, the democratically elected president of the National Assembly of the Republic of Artsakh is received in the European Parliament by the EU-Armenia friendship group and had also a meeting with the vice president of the parliament MEP Sylvie Guillaume (S&D, France), but we will continue initiating more delegation of MEPs visiting Nagorno Karabakh in the near future in order to give them the opportunity to obtain much needed first-source information.”