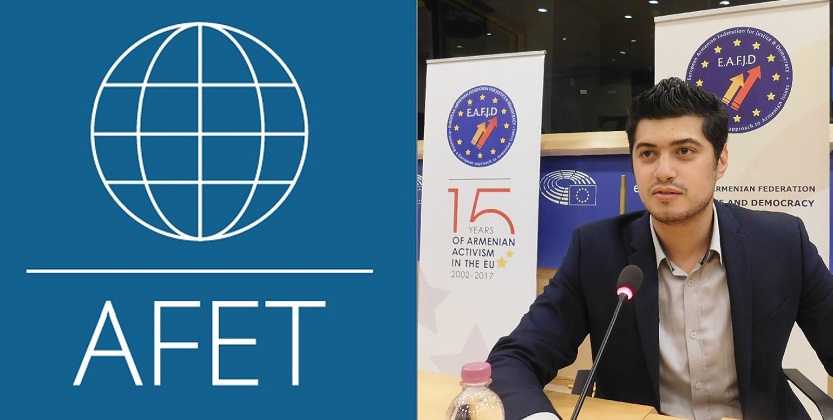 On November 22 the Committee on Foreign Affairs (AFET) of the European Parliament (EP) voted on the Annual Report on the implementation of the Common Foreign and Security Policy, which, inter alia, addressed the conflicts in the EU neighbourhood.

Article 19 of the resolution underlines the need to address all frozen conflicts in accordance with international law, norms and principles. This implies also the OSCE basic principles based on Helsinki final act, which are Non-use of force, territorial integrity and Equal rights and Self-determination of peoples.

With regard to the principle of territorial integrity, the same article refers particularly to the cases of Ukraine and Georgia – the conflicts of Crimea, Abkhazia and South Ossetia respectively and does not mention anything concerning the territorial integrity of Azerbaijan. Despite having used various means of influencing the European Parliament, the Azerbaijani side did not succeed in changing the balanced position of the European Parliament, which has continuously expressed its support for the OSCE Minsk Group.

Commenting on the EP resolution, the communications and PR officer of the European Armenian Federation for Justice and Democracy (EAFJD) Harout Chirinian stated:

“All the official declarations and resolutions, adopted by the European Union during the recent years about the settlement of the Artsakh (Nagorno Karabakh) conflict,  firmly support the basic principles proposed by the co-chairmen of the OSCE Minsk group, including the right for self-determination. On the other hand, the EU has expressed support for the territorial integrity of Georgia and Ukraine. This is the clear stance of the European Union towards the conflicts in the region. So far, all the attempts of Azerbaijani authorities to put all the conflicts in the Eastern Partnership countries in the same box and set territorial integrity as the guiding principle for all of them have failed”;

“One of the missions of the European Armenian Federation is to ensure that the Members of the European Parliament are sufficiently informed about the details and peculiarities of the different conflicts in the region, in particular about the right of self-determination of the people of Artsakh. As always, the EAFJD will continue addressing disinformation and the attempts to create false public opinion on the issue”, concluded Chirinian.