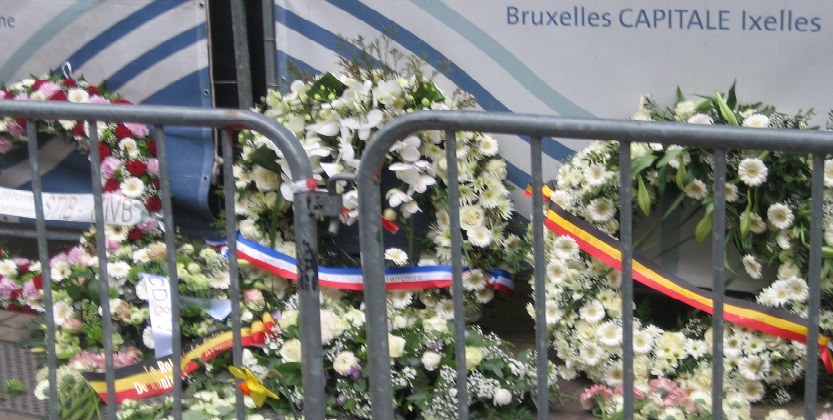 On This Day 5 years ago, the heart of the European quarter of Brussels, as well as the Brussels Airport were hit by deadly terrorist attacks. As a result of this tragedy, 32 innocent people lost their lives. Together with the Comité des Arméniens de Belgique (Comité van Armeniërs van België), we sent a solidarity letter to the Belgian Prime Minister Alexander De Croo to commemorate the innocent victims of the Brussels Attacks. In the letter we also remembered that terrorism has equally hit the indigenous Armenian population of Nagorno Karabakh / Atsakh who suffered and is still suffering from the atrocities of the terrorist fighters deployed by Turkey and Azerbaijan during the Karabakh war of 2020.

Read the English version of the letter.

Subject: Commemorating the innocent victims of terrorism in Brussels

Today we commemorate the 5th anniversary of the ISIS terrorist attacks that struck Brussels in 2016. On behalf of the Comité des Arméniens de Belgique (CAB) – the representative body of the Armenian community in Belgium, and the European Armenian Federation for Justice and Democracy (EAFJD) – a NGO based in Brussels with chapters in 13 European countries, we would like to express our solidarity with our fellow Belgians, and especially with those who lost their loved ones because of this tragedy. It is our duty to honour the innocent victims of terrorism and to fight and prevent violent extremism, just as it is our duty to protect democracy and freedom – the cornerstones of our society.

On this painful anniversary, we also remember that terrorism equally hit the Armenians – a nation that we are attached by virtue of our origin. As testified by the resolutions of several parliaments in Europe, including the Belgian Chamber of Representatives, as well as by the French President Emmanuel Macron and several human rights organisations, the indigenous Armenian population of Nagorno-Karabakh/Artsakh also suffered from the atrocities of the terrorist fighters deployed by Turkey and Azerbaijan during the Nagorno-Karabakh war of September-November 2020. After this Azerbaijani-imposed war, there is no evidence that these terrorist mercenaries have left the territories now controlled by Azerbaijan. This situation poses a serious threat to the stability and security of the entire region.

In times of peace as in times of war, we must be united and determined in our efforts to combat terrorism and violent extremism whose aim is to spread fear and destruction, to show that violence shapes our reality and to discredit the European values. We are deeply convinced that it is not in Belgium’s interest to have partner countries that use such means to achieve their geopolitical goals.

In this time of remembrance, we stand with you.