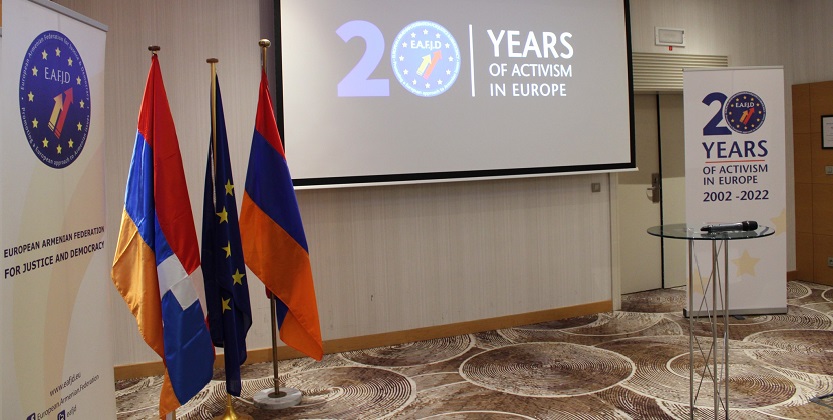 On the 9th of November the office of EAFJD celebrated its 20-year anniversary with a reception in the heart of Brussels.

The reception was widely attended by Members of the European Parliament (MEPs) of all the main political groups, members of the   Flemish and French-speaking parliament, the Belgian Federal Parliament.

The ambassador of Armenia to the Kingdom of Belgium and the European Union, Mrs. Anna Aghajanyan, head of Armenia’s Mission to the NATO Arman Israelyan, the chairman of ARF and the president of the Armenian National Council Hagop Der Khatchadurian, representatives of the Armenian community in Belgium and friends of the EAFJD were present.

Hagop Der-Katchadourian, chairman of ARF Bureau and president of the Central Council of the Armenian Cause, welcomed the attendees in his opening speech, highly appreciating the activities of the EAFJD and valued the efforts of the participants in their support for the Republic of Armenia and Artsakh and the Armenian people. Der-Khatchadourian briefly presented the global network of the Armenian National Council, its mission and the main directions as well as the achievements during the post-war period. In his speech, the president of the EAFJD, Kaspar Karampetian, welcomed the guests, appreciating their support for the Armenian cause, in particular, the struggle for the right to self-determination of the native Armenian people of Nagorno-Karabakh/Artsakh, the recognition and reparation of the Armenian Genocide, as well as strengthening ties between the republics of Armenia and Artsakh and the European Union. Mr. Karampetian thanked the participants for supporting the Armenian people and being pioneers of justice over the past years. Karampetian stated, that the EAFJD is celebrating its 20th anniversary of intense work and achievements, and rejects any document or reality that violates the right of the Armenian people, particularly the indigenous Armenian people of Artsakh, to live freely and independently in their homeland. The ambassador of the Republic of Armenia to the Kingdom of Belgium and the European Union, Mrs. Anna Aghajanyan, in her turn, congratulated the EAFJD for the achievements over the past 20 years, appreciating the cordial and productive cooperation between the embassy and the European Armenian Federation. MEP Loucas Fourlas, chairman of the friendship group with Armenia in the European Parliament, MEPs Sylvie Guillaume and Francois Alphonse, co-chairs of the friendship group with Nagorno-Karabakh/Artsakh in the European Parliament, also took the floor, congratulated the EAFJD, valued its activities and highly appreciated the close and effective cooperation. They expressed their willingness to support Nagorno-Karabakh/Artsakh and Armenia and continue the struggle for justice and the rights of the Armenian people.

The coordinators of the French-speaking and Flemish-speaking friendship groups in Belgium with Artsakh, André Du Bus and Karl Vanlouwe, as well as member of the Flemish Parliament of Belgium, Alessia Claes, reaffirmed their commitment to continue supporting the rights of the Armenian people. 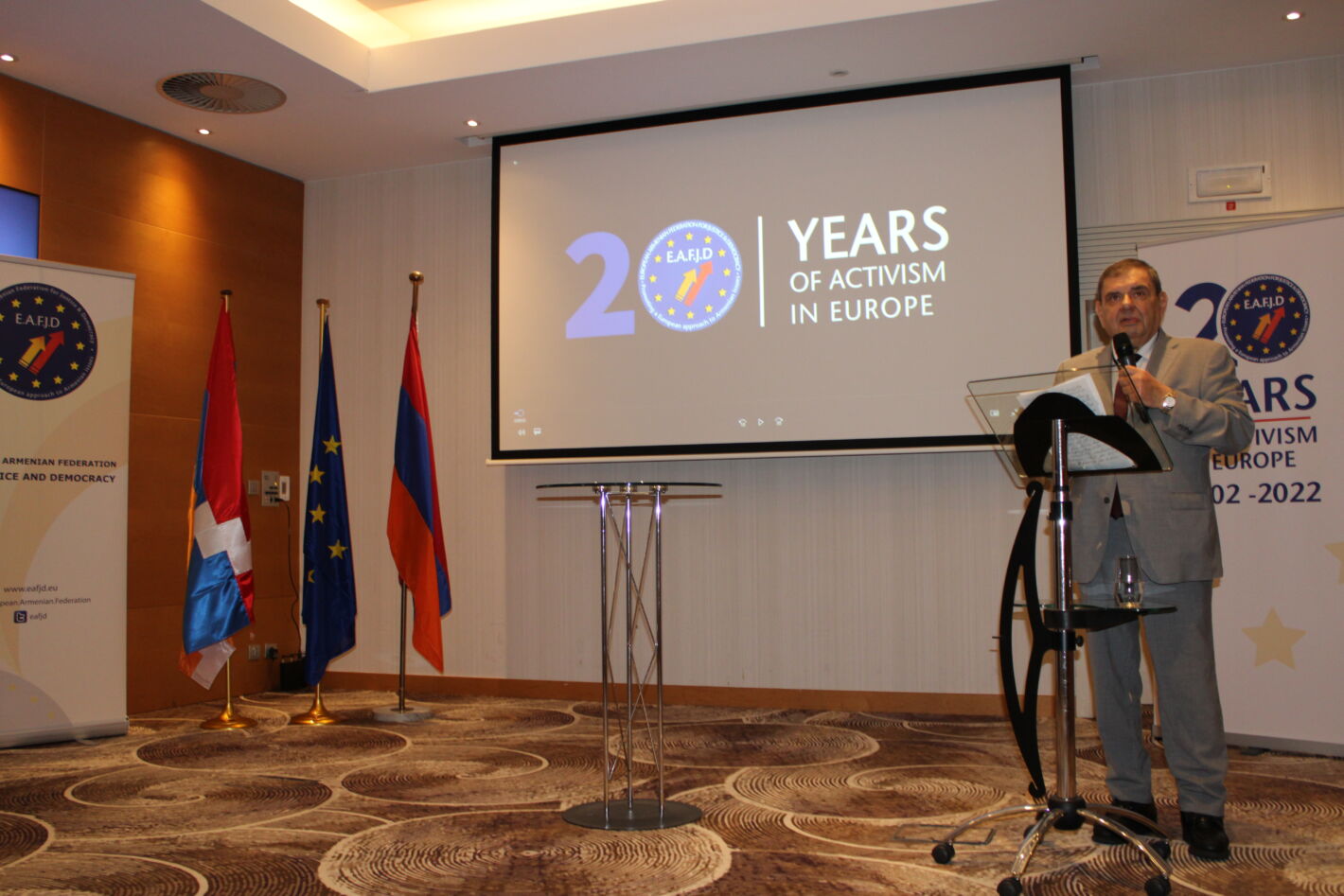 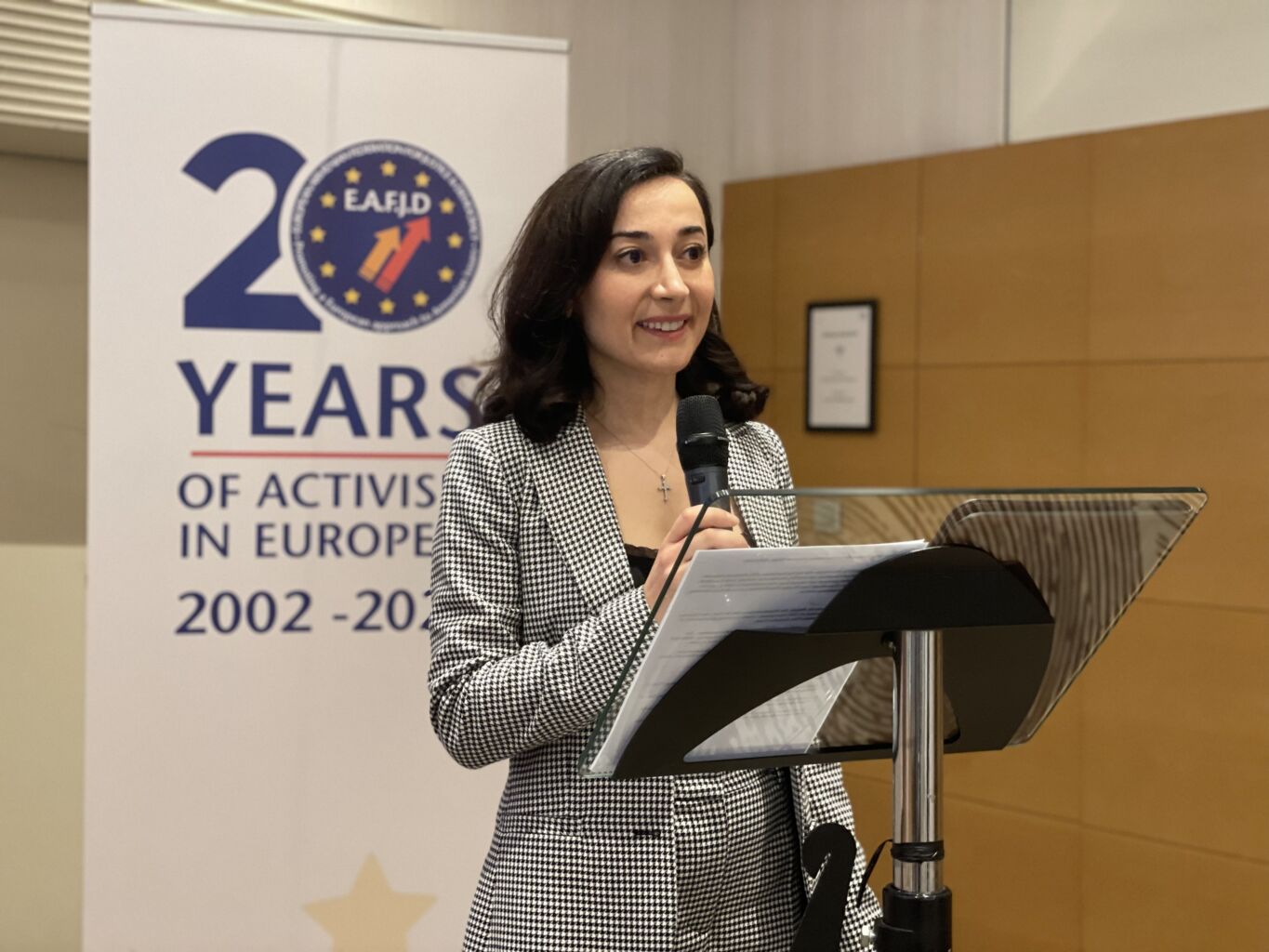 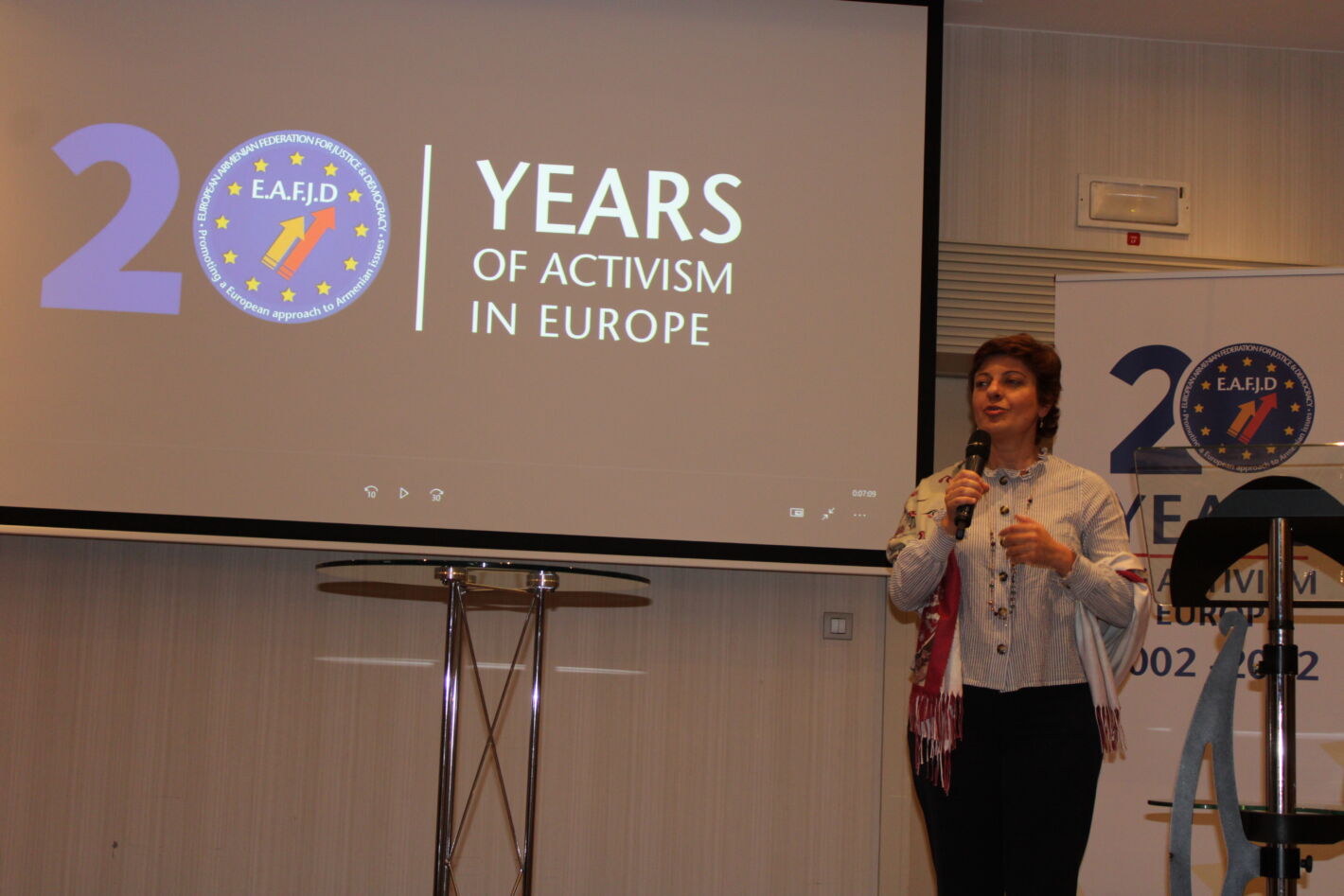 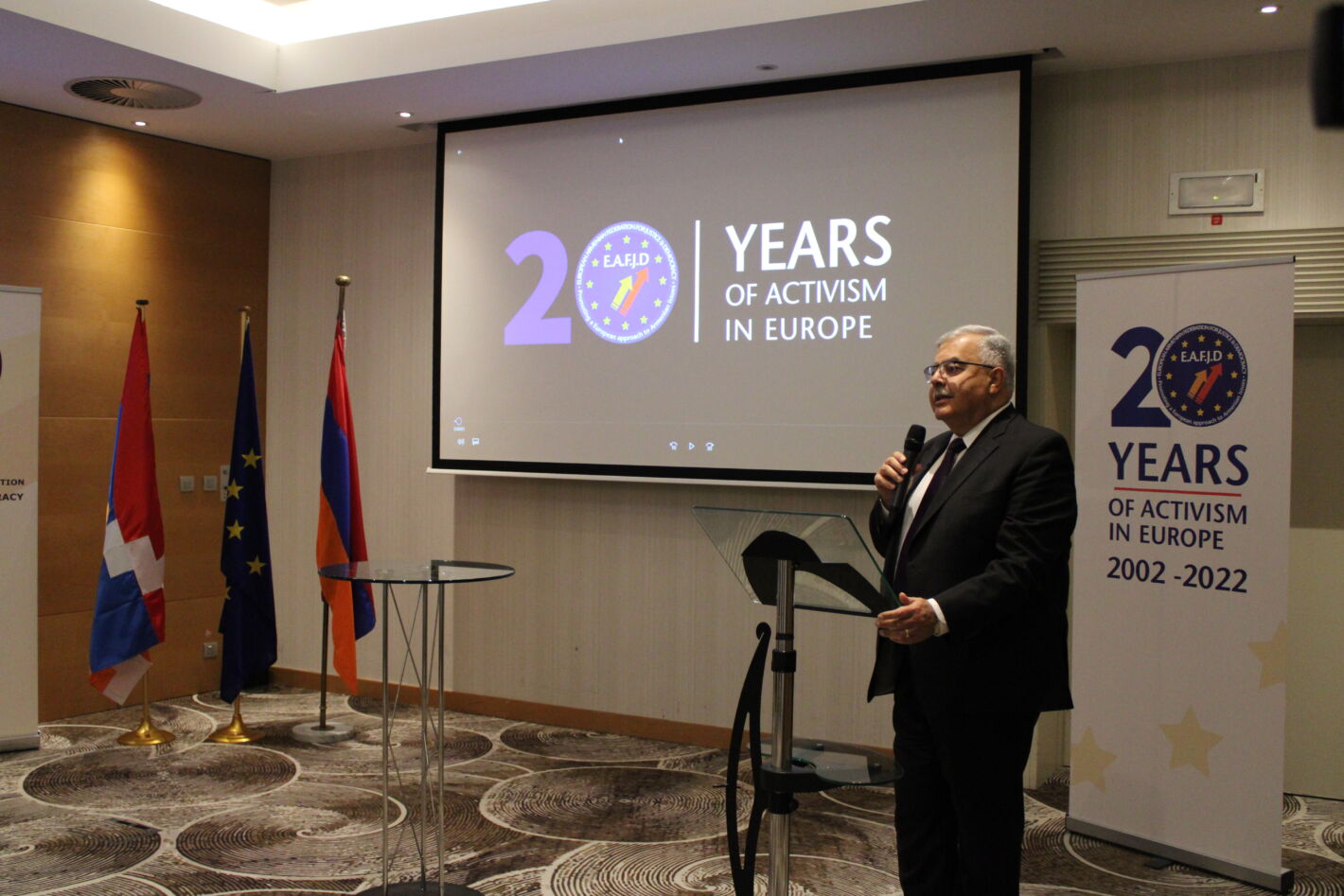 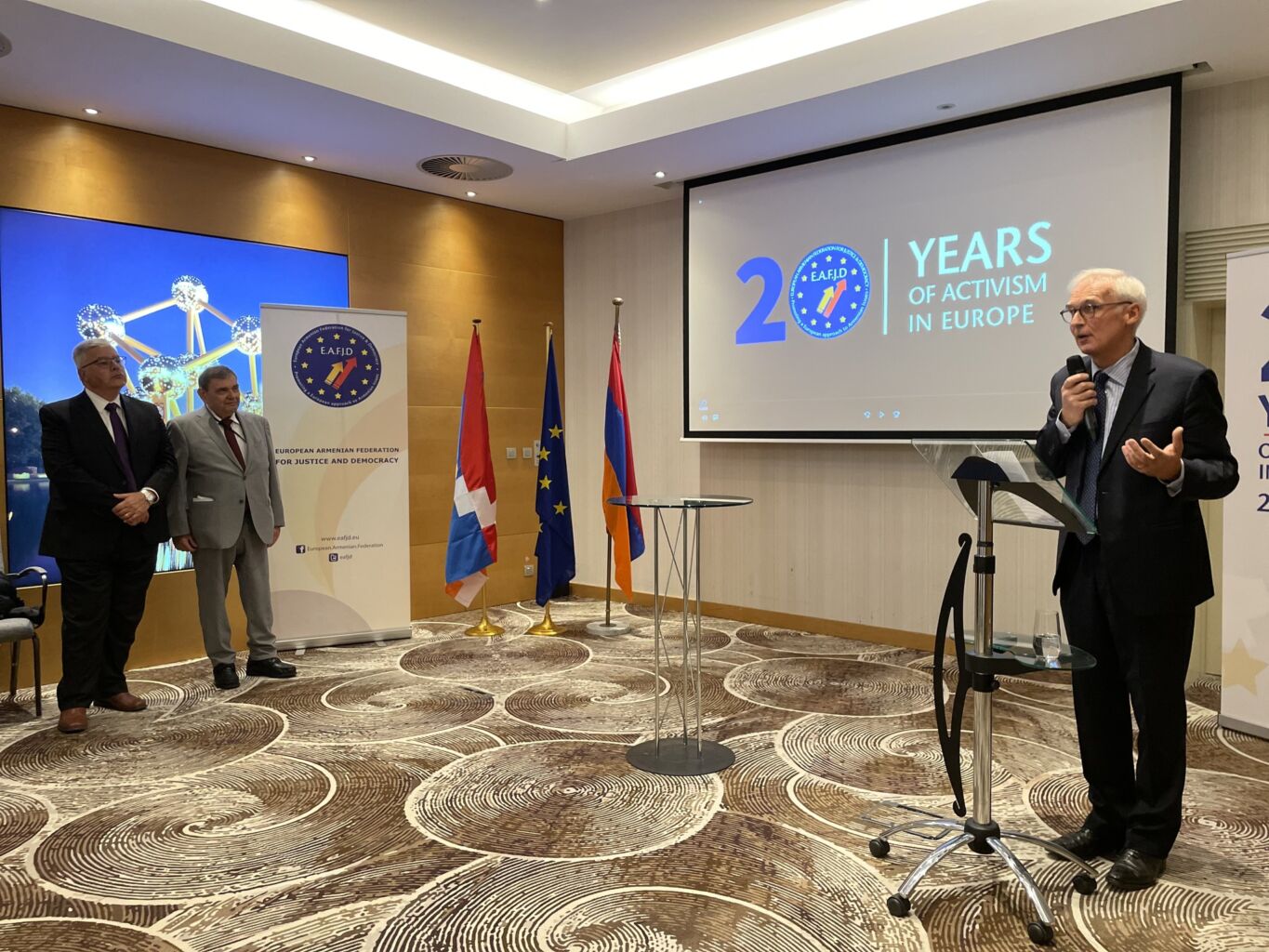 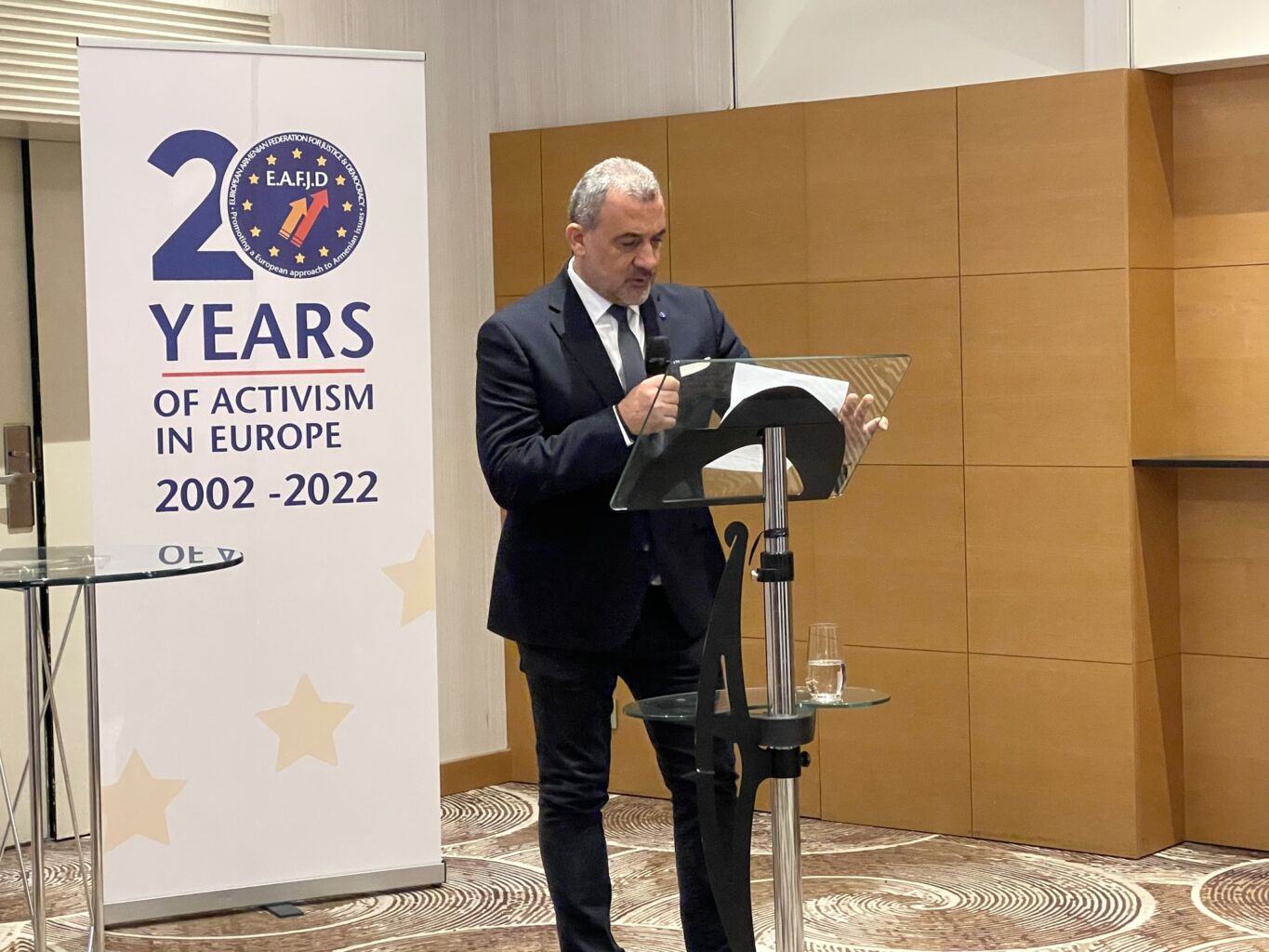 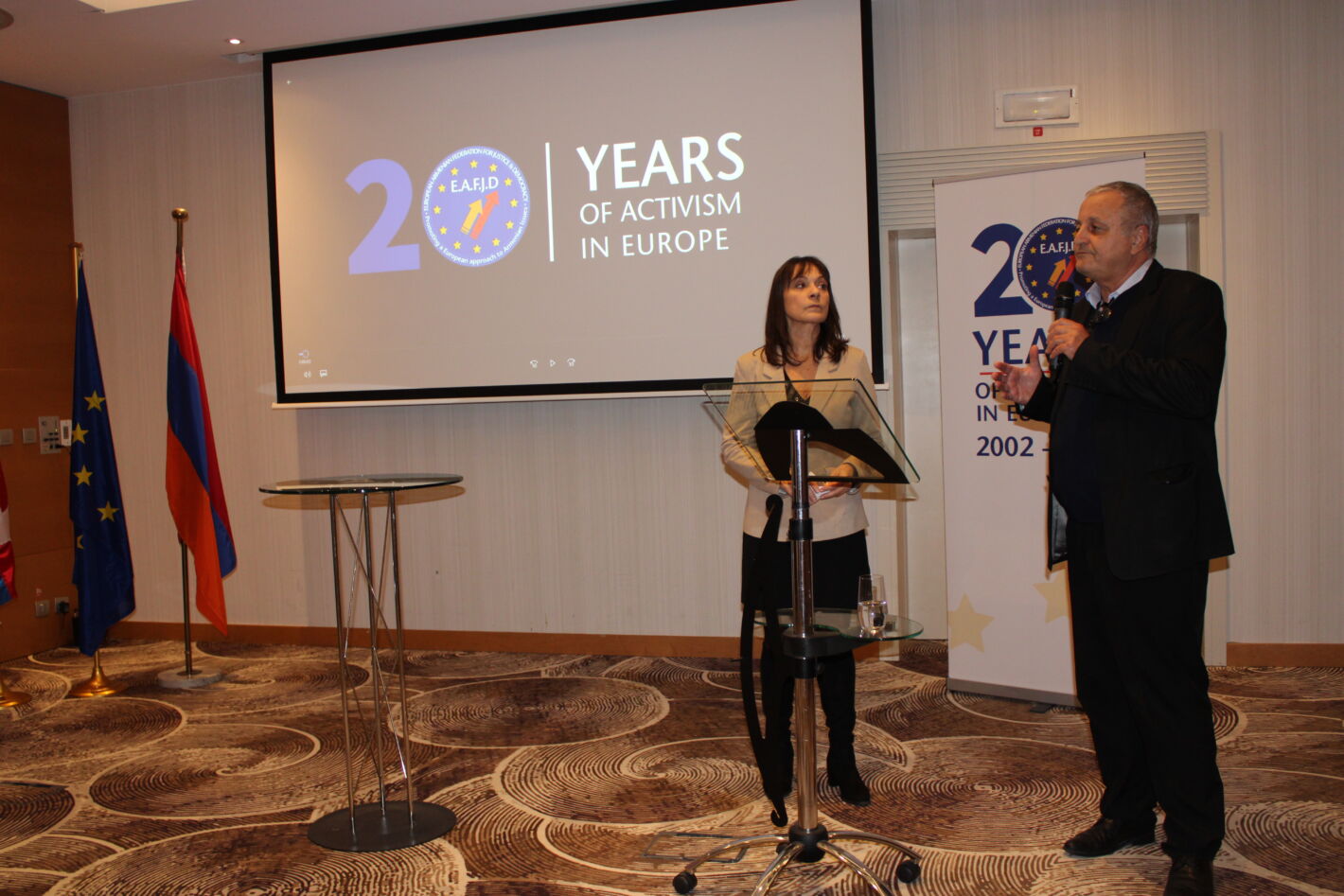 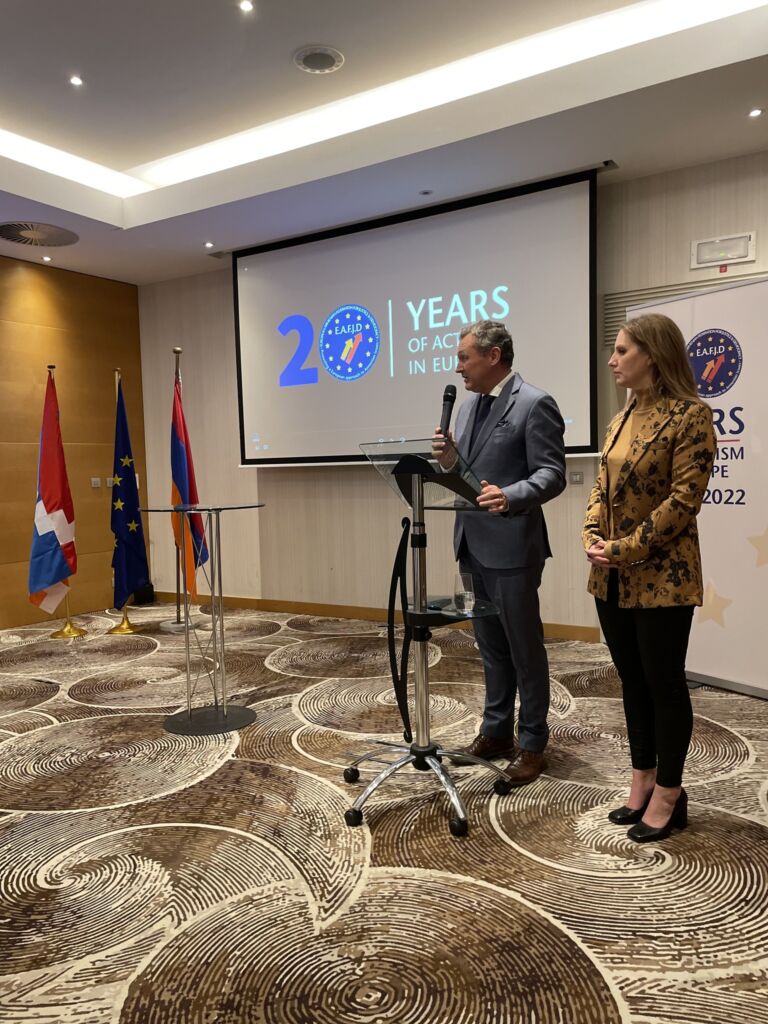