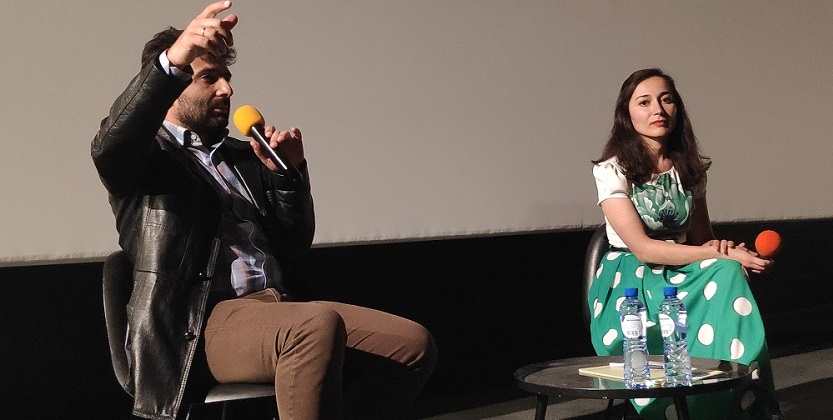 On the initiative of the European Armenian Federation for Justice and Democracy (EAFJD) the Brussels premiere of the film “The Last Inhabitant” – an award-winning film on Artsakh – took place at Cinema Galeries in Brussels on Friday 12 July in the presence of the director Jivan Avetisyan. In the end the audience actively shared their impressions and addressed questions to the director.

“The language of art is very important in order to tell the story of the struggle of Artsakh people for their freedom to the world, in this case to the European public. We are glad that talented directors such as Jivan Avetisian work on the topic and participate in prestigious international film festivals.”

“The Last Inhabitant”, which puts the emphasis on the effects on the Nagorno Karabakh conflict on the population, was an official entry to the 2017 Golden Globe Awards as a “Best Foreign Film” nominee and was presented at the 69th Cannes International Film Festival “Marché du Film.” It also received awards such as “Best Feature Film” and the “Best Actor” at the Scandinavian Film Festival.