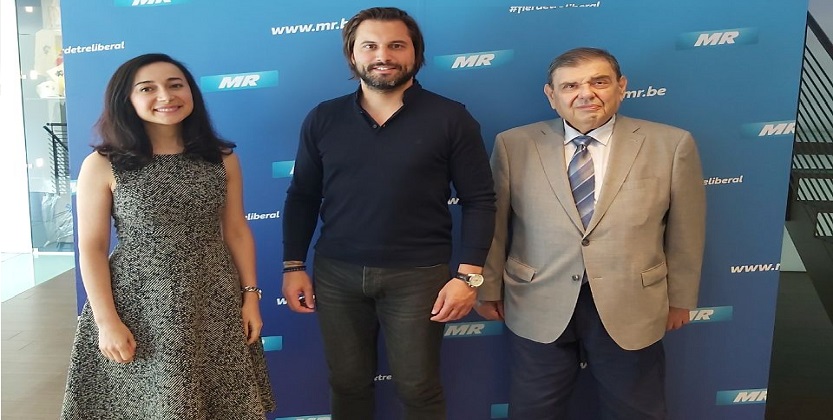 On 27 June the EAFJD President Kaspar Karampetian and Executive Director Heghine Evinyan had a meeting with the President of Movement reformateur (MR) Georges-Louis Bouchez . The main subject of the meeting was the situation in the South Caucasus, notably the developments around the Nagorno Karabakh conflict, the EU’s, in particular Charles Michel’s role in the ongoing negotiation process.

The EAFJD delegates passed to the President of MR a letter on Charles Michel’s statement in the aftermath of the trilateral meeting with Nikol Pashinyan and Ilham Aliyev (23 May 2022). The letter is a pan-European initiative by the EAFJD co-signed by more than 90 organizations across the EU.  Karampetian and Evinyan elaborated inter alia